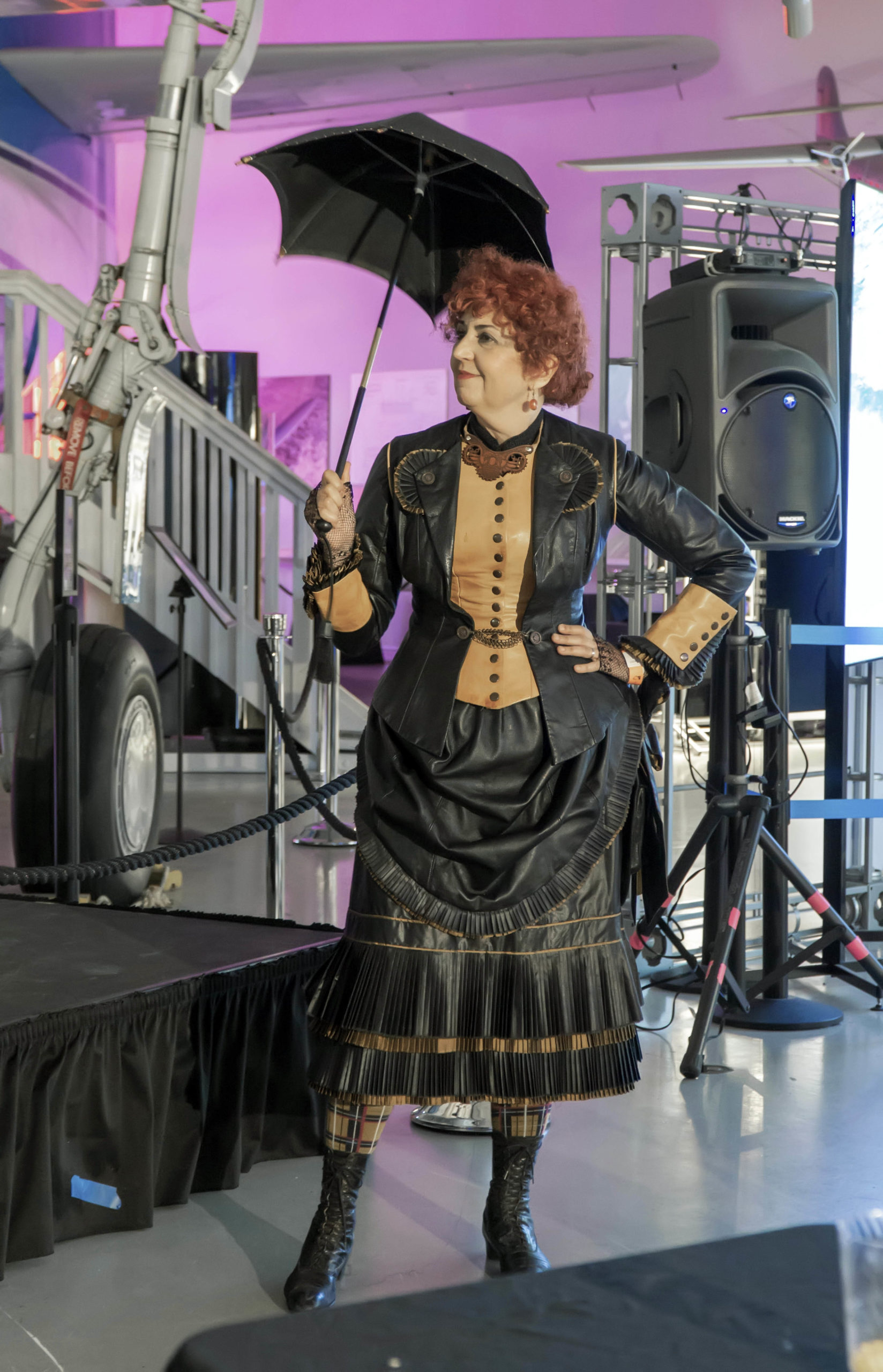 Kij Greenwood has always been surrounded by costumes. Her family was active in local community theater in her hometown of Fairhaven, Massachusetts. She shared a bedroom with two sisters and a vast costume collection ranging from matadors to giant ostriches. Is it any wonder that she was designing elaborate outfits for imaginary interplanetary beauty pageants while in elementary school?

She attended the School of Fashion Design in Boston after completing a degree in Advertising at Boston University. Since 1985, Kij has worked as a professional stitcher, patternmaker/draper, puppet maker as well as costume designer for Theater, Ballet and Opera in Boston, Massachusetts. and Houston, Texas. Kij also spent one memorable season patterning at Clown College in Sarasota, Florida, which provided an interesting exercise in both character and costume design. During her tenure in those cities, she worked with Tony-, Emmy-, and Oscar-nominated and winning designers, who were influential to developing her costuming skills.

In search of a change and new costuming challenge, Kij moved to the Bay Area in 1995 to pattern inflatable advertising mascots for companies such as Disney, Sony, Michelin, Nickelodeon, Jim Davis (Garfield), and others. When the Costume Factory in Napa was sold to Costume Specialists in Columbus, Ohio, Kij continued to pattern these costumes via long distance. She still patterns these extremely complicated costumes (with sometimes up to 300 pattern pieces) via a CAD software program which allows for the precision needed for the sizes and shapes required. Kij also works as the manager of the Lacis Museum of Lace and Textiles in Berkeley, California.

Although Kij has been involved in the costuming fields for years, it wasn’t until her arrival to the Bay Area that she started building costumes for herself (and her clothes-horse husband, Gregg). She has been an active participant and award-winning costumer in many of the local costume and historical groups, such as the Greater Bay Area Costumers Guild and The Art Deco Society. Her historical costumes cover the gamut from 18th Century to Edwardian along with a massive collection of vintage clothing.

Steampunk is Kij’s favorite costuming genre as it allows her to take the historical silhouettes and details that she loves and transform them through the lens of Steampunk. Her first foray into Steampunk was in 2008 for Costume-Con 26, when a thrift store leather jacket inspired her to create her first original Steampunk design.

That first costume evolved into one of Kij’s favorites, “The Action Bustle.” Kij loves discovering new materials and techniques to make her designs come alive and never knows when the next inspirational bolt of lightning will strike!