Literature is one of the pillars of steampunk, with authors combining their loves of history, science fiction, and magic to create powerful stories about worlds that might have been. Clockwork Alchemy 2020 is proud to host so many talented and skilled authors of steampunk fiction. This year, our Guest of Honor is Patricia Wrede, author of Shadow Magic and 22 novels in total! Also listed here are our Author Guests, who will be present in our Authors’ Alley and and Authors’ Salon to meet fans, sell their books, and share their wisdom on the craft of writing!

She began writing fiction in 7th-grade, and continued off and on throughout high school and college. In 1974 she started work on SHADOW MAGIC, which took her four and a half years to complete and another year and a half to sell. By the time the book was released in 1982, she had completed two more novels. In 1985, she left her day job to write full-time, and has been making her living as a writer ever since.

Harry Turtledove earned a PhD in Byzantine history from UCLA. This and a few published bits of fiction equipped him to spend 11-1/2 years as a tech writer (i.e., hired keyboard) with the Los Angeles County Office of Education. He quit his day job in 1991, and has been living off alternate history, other science fiction, fantasy, and historical fiction ever since. His more recent books include Joe Steele, The House of Daniel, and Through Darkest Europe. The unwary can also seek out his snark, bad puns, cat pics, and ill-founded opinions on Twitter @HNTurtledove.

David and Katherine are the award-winning, San Diego-based authors of “The Adventures of Drake and McTrowell – Perils in a Postulated Past,” a serialized steampunk tale detailing the adventures of Chief Inspector Erasmus Drake and Dr. “Sparky” McTrowell. The duo’s many adventures are provided in weekly penny dreadful-style episodes on the web (www.DrakeAndMcTrowell.com).

They have produced four novels since 2010: “London, Where It All Began,” “The Bavarian Airship Regatta,” “Her Majesty’s Eyes and Ears,” and “The Hawaiian Triple Cross.” They’ve also contributed stories to several steampunk anthologies. Additionally, Dr. Morse edits and Mr. Drake does cover art and design. Drake and Morse won a Starburner Award for the radio show based on their first story that has run multiple times on Krypton Radio.

When not cosplaying their alter egos at conventions all over the West, they are both research computer scientists specializing in distributed modeling and simulation. Mr. Drake is a nationally ranked foil fencer. Dr. Morse is an internationally respected expert on standards, but prefers to be recognized for her cookie baking skills. They throw awesome parties if they do say so themselves.

AJ is an author of steampunk, neo-noir dieselpunk, and, more recently, post-apocalyptic military sci-fi. AJ is also a freelance editor for authors writing in these genres. He’s even had the pleasure of editing a memoir or two. Truth telling time: the stories you hear about writers and editors are true. It’s all tea, cats, and naps. Find AJ on Twitter: @AJSikes_Author. If you’re in the market for editing, visit http://www.ajsikes.com/

Anthony also writes the Jeremiah Willstone Steampunk series, following a young female soldier in a world where women’s liberation happened a century early – and so, with twice as many brains working on hard problems, the Victorians invented rayguns and time travel. In addition to her debut novel Jeremiah Willstone and the Clockwork Time Machine, Jeremiah appears in a dozen other stories, including “Steampunk Fairy Chick” in the UnCONventional anthology.

Anthony is co-editor of the anthology Doorways to Extra Time and a co-founder of Thinking Ink Press, publisher of the steampunk anthologies Twelve Hours Later, Thirty Days Later and Some Time Later. He’s the artist of the webcomic fanu fiku and he’s co-author of the 24 Hour Comic Day Survival Guide. He’s participated in National Novel Writing Month and its related challenges over 20 times, recently cracking one million words written in Nano.

BJ Sikes is a 5’6″ ape descendant who is inordinately fond of a good strong cup of tea, Doc Marten boots, and fancy dress. She lives with two large cats, two small children and one editor-author. She is the author of the alternate history novel, The Archimedean Heart, a mix of fin-de-siecle artistes, royal roboticists, and revolutionaires. Her forthcoming novel, Escaping Andronicus, takes place in the Bahamas, circa 1908. BJ Sikes edited 12 Hours Later, 30 Days Later, and Some Time Later, a trilogy of alternate history short story anthologies featuring many of the Clockwork Alchemy authors, including herself. You can find her on Twitter @BJSikesAuthor or on her blog:https://bjsikesblog.wordpress.com/.

Dover Whitecliff was born in the shadow of Fujiyama, raised in the shadow of Olomana, and lives where she can see the shadow of Mt. Shasta if she squints and it’s a really clear day. She is a wild and woolly wordsmith, an analyst, and a jack-of-all-trades, but mostly a writer who has been telling stories since forever, and who won her first ten-speed as a fifth grader with a first-place entry into Honolulu Advertiser’s “Why Hawaii Isn’t Big Enough For Litter” contest. Her short stories in the anthologies Twelve Hours Later, Thirty Days Later, and Some Time Later are prequels to her upcoming solo novel The Superspy with the Clockwork Eye.

A landlocked pirate marooned in Boise, Idaho, Kristin Baker dreams of relocating to the Oregon Coast after the rest of her “steampunk horde” of six kids jump ship. Cobalt, her young adult steampunk novel, is the first of three adventures set in her steampunk world. Kristin is also a nail technician, so you might see tiny gears in her nails at Clockwork Alchemy! She loves the freedom of indie publishing, and can be found online at http://fairiesandpirates.wordpress.com and facebook.com/pirate.kristin 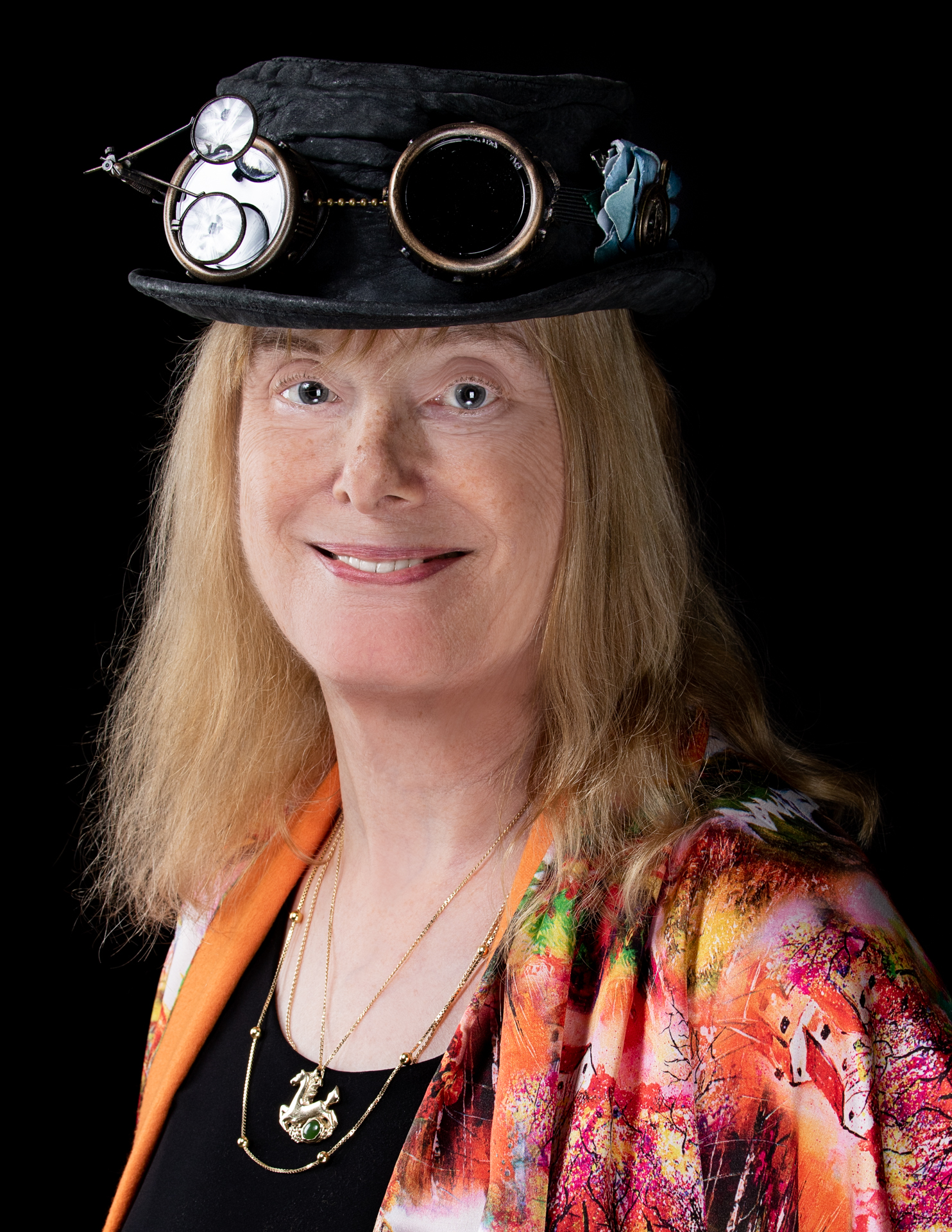 Laurel Anne Hill—author and former underground storage tank operator—grew up in San Francisco, with more dreams of adventure than good sense or money. Her close brushes with death, love of family, respect for honor and belief in a higher power continue to influence her writing and her life. She has authored two award-winning novels: The Engine Woman’s Light (Sand Hill Review Press), a gripping spirits-meet-steampunk, coming-of-age heroic journey, and Heroes Arise

Laurel’s published short stories and nonfiction pieces total over forty. She has served as a program participant at many science fiction/fantasy conventions, including the World Science Fiction Con and World Fantasy Con. She’s the Literary Stage Manager for the annual San Mateo County Fair, a speaker, writing contest judge, and editor. And she’s even engineered a steam locomotive. For more about her, go to http://www.laurelannehill.com 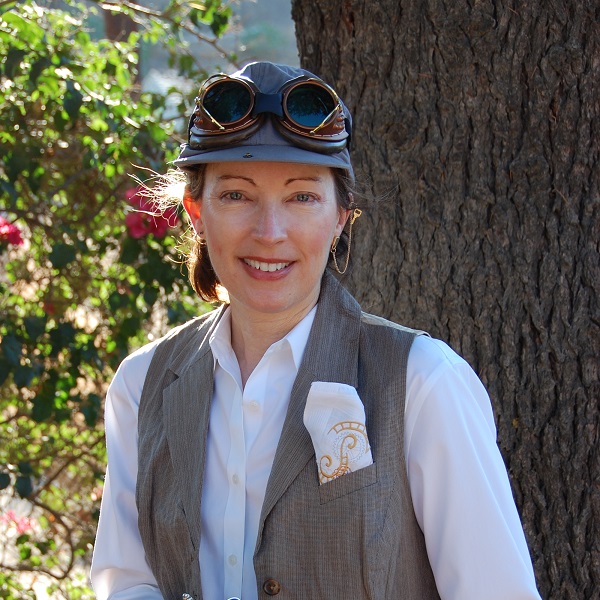 A TV, feature film, comic book writer, and a novelist, Madeleine is the winner of the Sloan Fellowship for screenwriting, and the Gold Aurora and Bronze Telly for a PSA produced by Women In Film. She also won numerous awards while completing the UCLA MFA Program in Screenwriting. Having run a number of successful crowdfunding campaigns for her comic, Boston Metaphysical Society, Madeleine has guest lectured at Scriptwriters Network and Dreamworks Animation and published the book, Kickstarter for the Independent Creator.

Other comic projects include the short story, “The Scout” which is part of The 4th Monkey anthology, “The Sanctuary” (The Edgar Allan Poe Chronicles anthology), “The Marriage Counselor” (The Cthulhu is Hard to Spell anthology) and the upcoming “The Airship Pirate” which will be part of The Rum Row anthology. 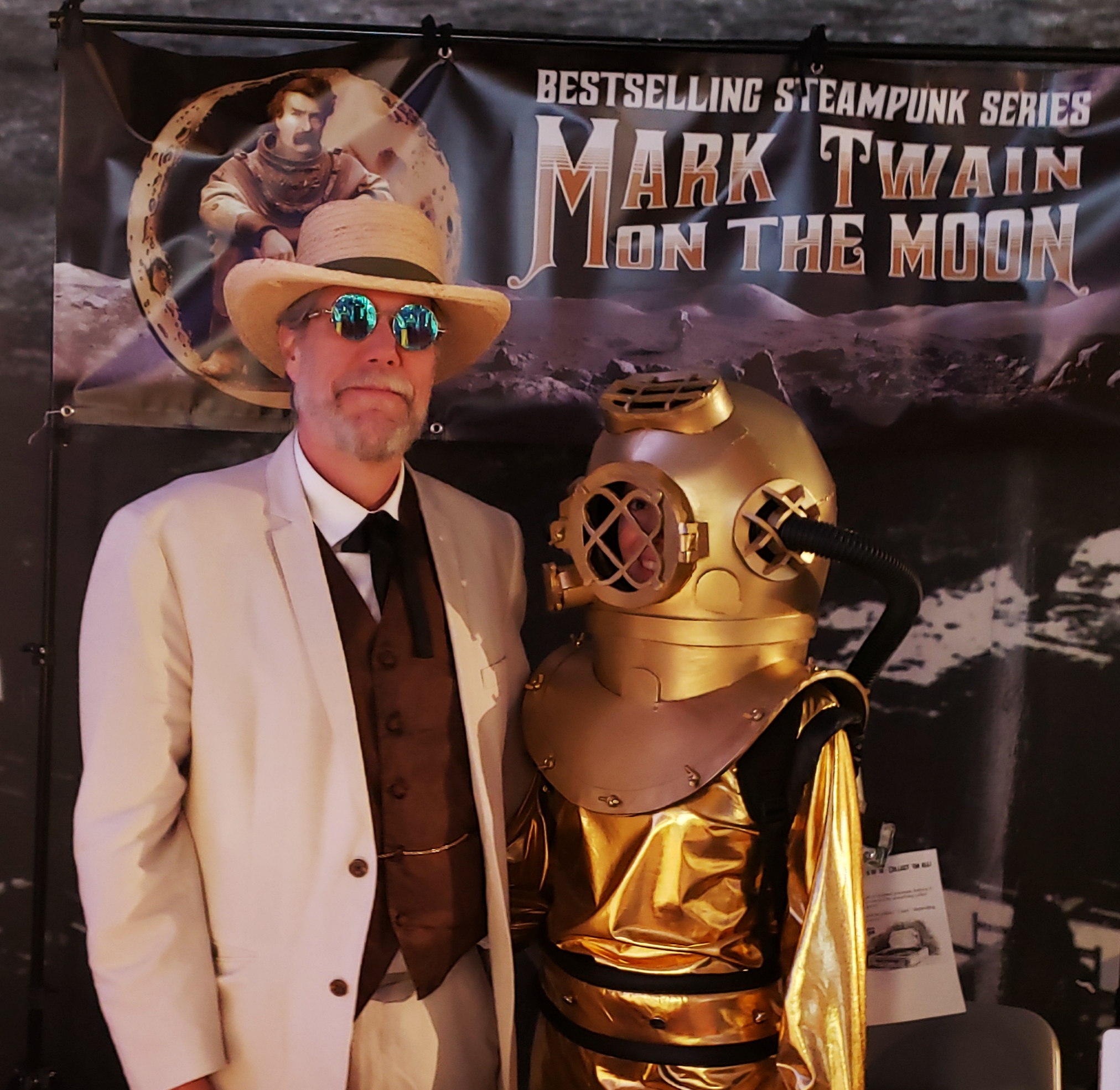 His new steampunk alternate history bestseller, Mark Twain on the Moon, brings the wit and wonder of Mark Twain’s travel writings to a whole new planet. This year he has been a guest author at BayCon, Writer of the Day on Reddit’s Fantasy community, and featured on the Steampunk Explorer and Alternate History Fiction websites. His other novels include the out-of-this-world political satires Up A Tree: A Jobs and Plunkitt Galactic Adventure, Beltway, and the comic crime capers Mother Lode and Sting Suite.

Michael was born and raised in California, and although he has checked out repeatedly, he has of course been unable to leave. He lives with the love of his life in a classic mid-century modern house in Silicon Valley. 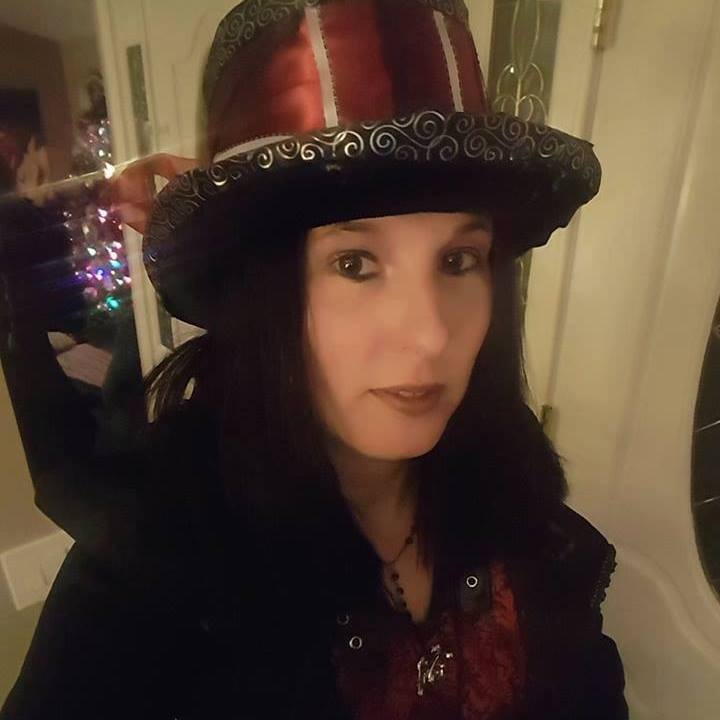 Michelle E. Lowe is a Georgia born native who has spent most of her life near the Atlanta area before pulling up stakes and moving clear across the country with her husband, Ben, and her two daughters. History piques her interests, especially European history. She loves reading science-fiction and fantasy stories and enjoys old B horror and fun adventure films. She also gets a kick out of playing classic Atari video games and does oil painting as a hobby.

Michelle is a daydreamer and animal lover. She has two troublemaking cats, Nico and Max, and one very demanding guinea pig.

Her works include several published novels such as The Warning,Cherished Thief, Atlantic Pyramid, and children’s books, Poe’s Haunted House Tour, and The Hex Hunt series. Her latest published escapade is her steampunk/fantasy novels, titled Legacy (volume 1), Legacy-The Reunion, and Legacy-The Underground, the first three of a six-part series. 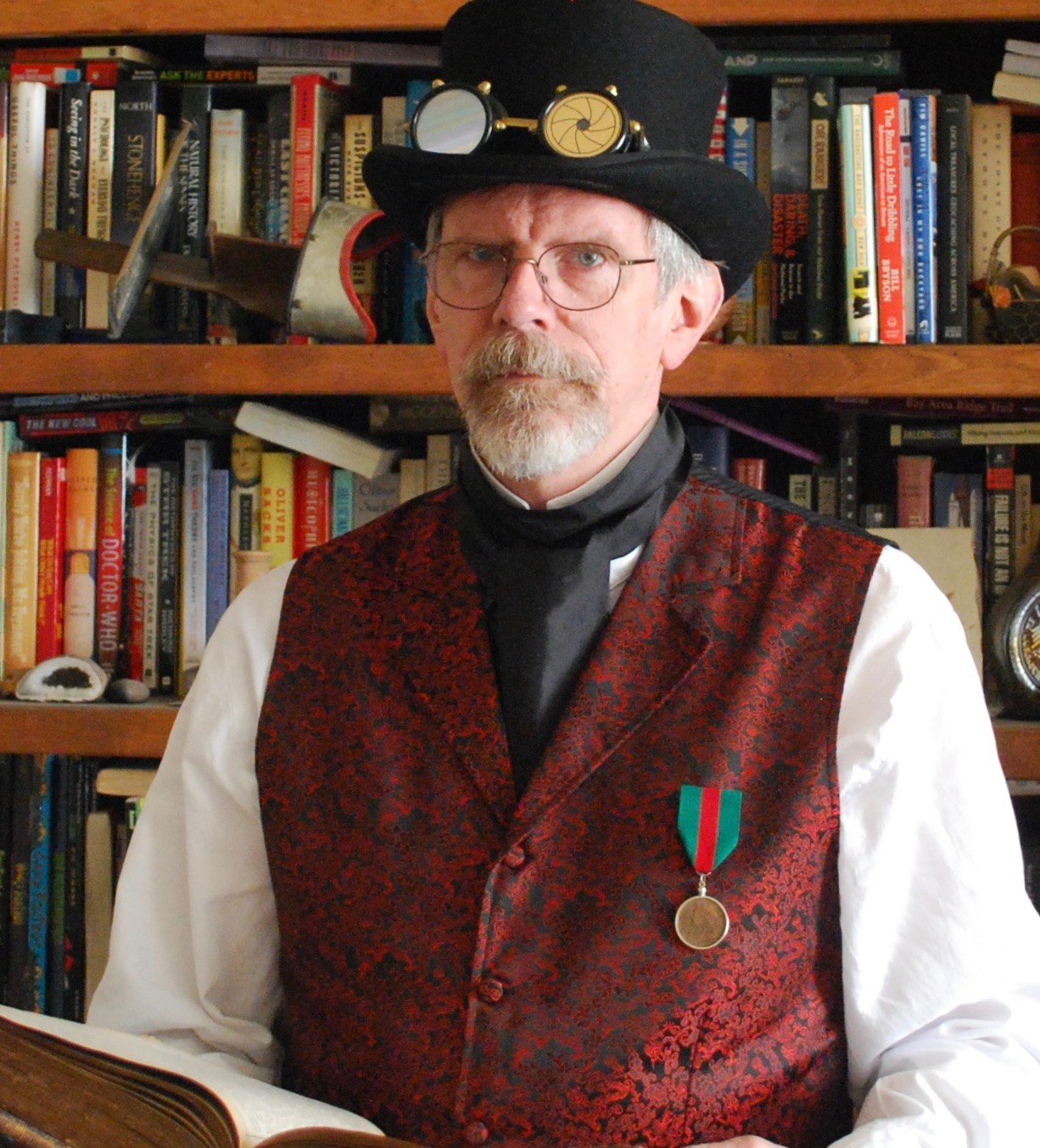 Michael Tierney writes steampunk-laced alternative historical fiction stories from his Victorian home in Silicon Valley. After writing technical and scientific publications for many years, he turned his sights to more imaginative genres. Trained as a chemist, he brings an appreciation of both science and history to his stories. He has written three books in the Airship Flamel Adventures series—The Secret Notebook of Michael Faraday, Mr. Darwin’s Dragon, and To Rule the Skies. Visit his blog at The Airship Flamel 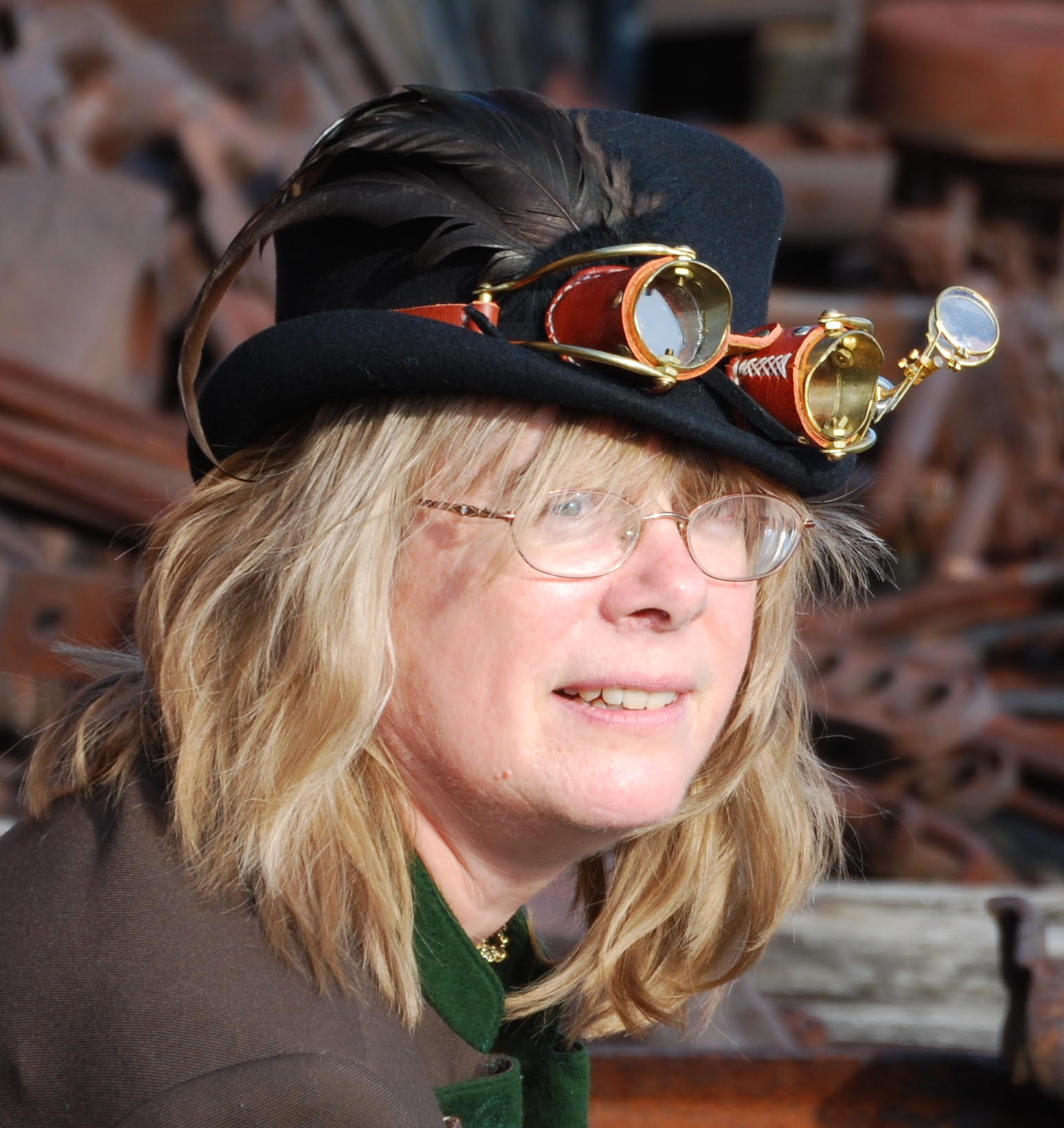 She holds an MFA in Writing Popular Fiction from Seton Hill University, and is currently at work on a PhD in Creative Writing at Lancaster University in the UK. She won RWA’s RITA Award® in 2005, and was a finalist in 2006. She appeared in the 2016 documentary film Love Between the Covers, is a popular speaker and convention panelist, and has been a guest on many podcasts, including Worldshapers and Realm of Books.

When she’s not writing, Shelley is usually quilting, sewing historical costumes, or enjoying the garden with her flock of rescued chickens. 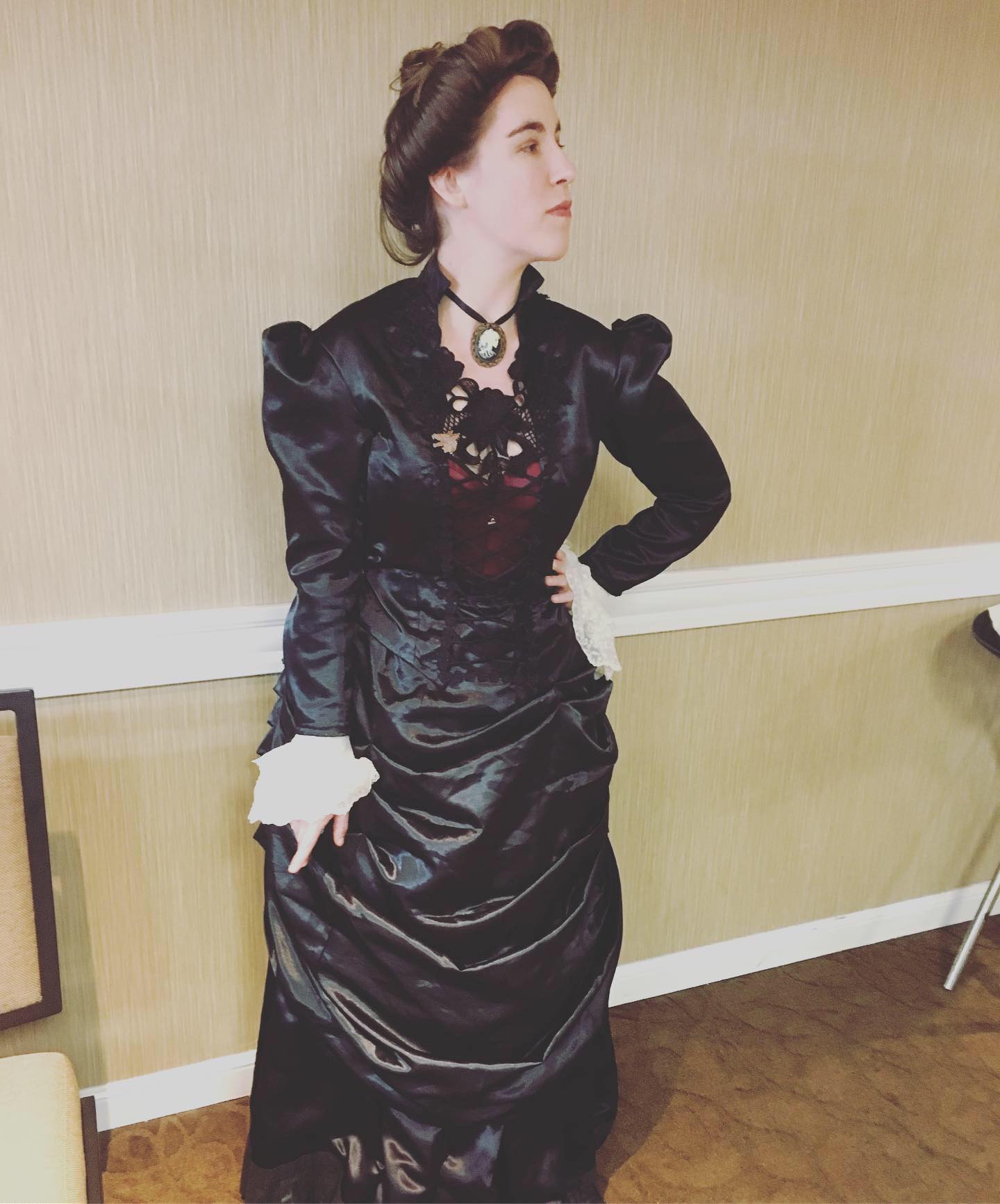 Shelli Frew is an author, playwright, and circus performer in the San Francisco Bay Area. She has one published book under her belt, Time Sailors, a science fiction adventure novel. She is currently working on her second novel, a dystopian science fantasy story. She has written for several Epic Immersive theater productions, including Inferno Motel and Wonderland. She also writes and produces her own immersive experiences, most recently Speakeasy Storytelling, and The Gravermind Estate, the latter of which enjoyed a sold out first run. She is currently pioneering her own immersive production company, No Spoons Collective, debuting in 2020. 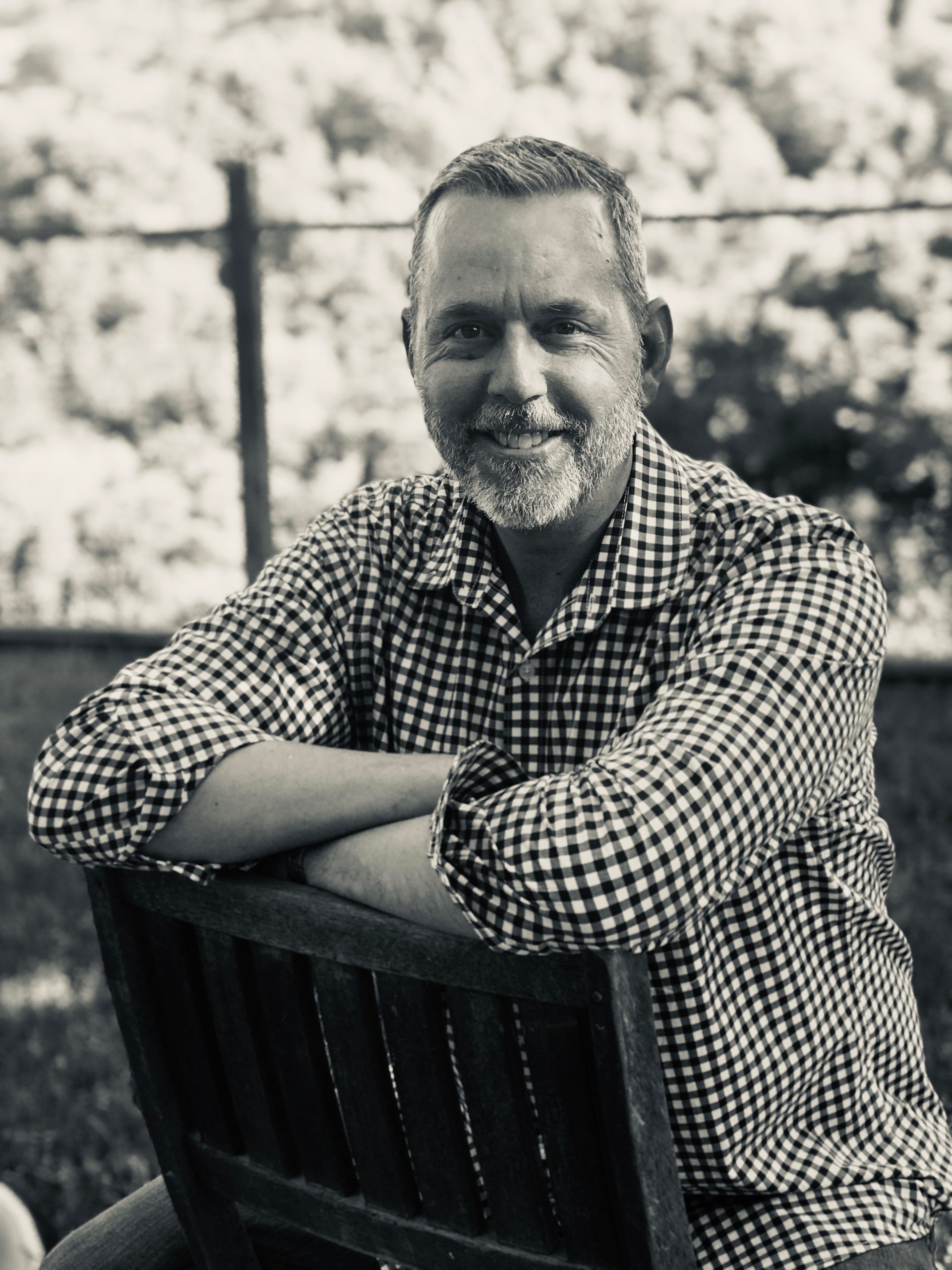 Trevor is a practicing attorney who writes fiction. Or a novelist who funds his writing habit through the practice of law. You decide.

Cover Photo courtesy of Emre Can via Pexels.com