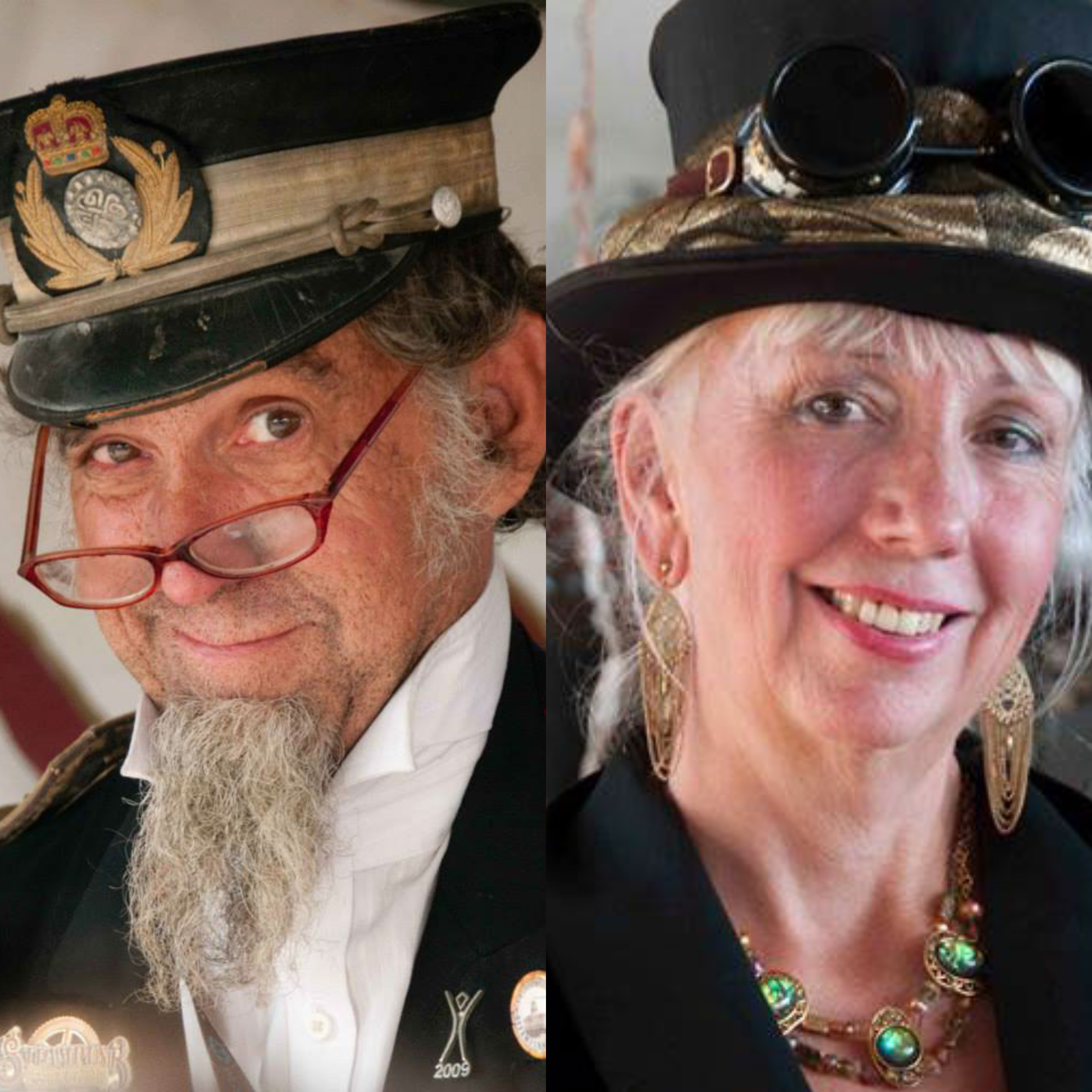 Clockwork Alchemy is pleased to announce local Makers and Steampunks, Shannon O’Hare and Kathy O’Hare, will join us this are our Maker Guests of Honor!

Shannon has been designing and building fantasy buildings and contraptions since the 1980’s when he had his own prop business that supplied to the various theaters in the Bay Area. After that, he traveled around the United States building permanent buildings for the various Renaissance Fairs .

In 2006, Shannon designed and built the Neverwas Haul, taken from an idea inspired by the sci-fi novel, Snow Crash, by Neal Stephenson, which had characters traveling on a 3-story Victorian house on tractor treds. The Neverwas Haul has since then inspired a number of other artists in the steampunk style and has become an icon for the steampunk movement. It is currently on yearlong rental to the Lyft Art Park in Las Vegas, NV.

Since then, Shannon and his crew have built a number of cars that have been featured in a number of online and print media as well as on television, including two segments for SF Oddities, Jay Leno’s Garage, and the documentary on steampunk, Vintage Tomorrows. Shannon and his wife, Kathy, live in Vallejo and opened their studio, Obtainium Works, in 2012. They have been bringing their unique art to the area through a number of venues including the Mad Hatter Holiday Festival, Maker Faire, the Vallejo Food & Art Walk, Vallejo Main Street events, and their own events such as the Obtainium Cup Contraptor’s Rally and the Haul-O-Ween Murder Mystery. Please visit their website for information at obtainiumworks.net.