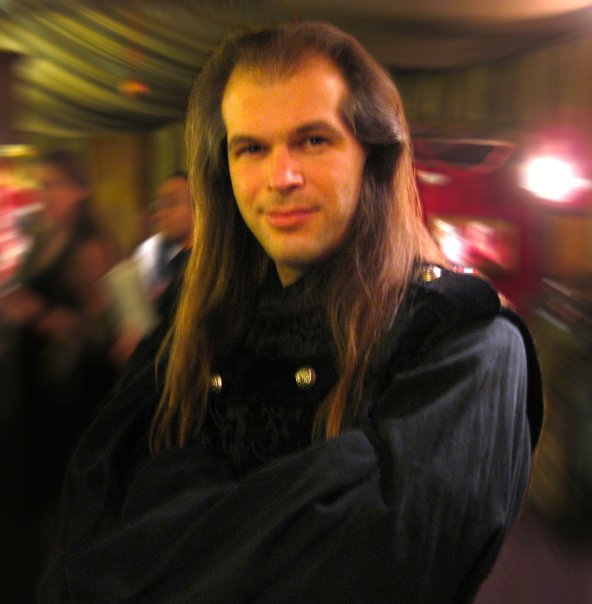 “This the right grave?” Kip eyed the blockish monument; most of Highgate Cemetery was a gothic tour through Victorian willies, weeded to ruins and taking his calm with it, but this imposing rectangle and dour, bearded bust were clean, had fresh flowers, and bore the improbable name KARL MARX. “Seems … I dunno, too high school econ—”

Lieneye the pony snorted, as if to neigh, Are you doubting me? Extrapolating from the rules for talking animals—don’t piss them off—Kip thanked the diminutive steed and dismounted. He barely had to lean before his foot hit flowered gravel.

“What do I do?” Kip waved his fingers. “Incant, I summon the spirit of the worker—”

A glowing specter leapt towards him, face aflame. “I come to drink your blooood!”

“Jesus!” Kip recoiled from the fanged creature. “Isn’t that too on the nose?”

The wild-haired specter stopped. Peered. “Oh,” it said, teeth retracting, voice shifting to a normal register. “I thought you were another teenage witch with an Ouija board.” The specter of Karl Marx patted out his beard. “Worker, how can I aid your struggle?”

“You pretend to be a vampire to scare young children?” Kip asked.

“Yes!” Kip explained. “So, I was seeking the fifteenth door, but the phoenix took—”

“You laterally, yes, yes,” Marx leaned back, musing. “Life is never more precious than to the dead. Each hour of human labor is a coin, irreplaceable—making books, product of endless hours, the most valuable storehouses of them all. What volume do you seek?”

“But why did it go missing?” Marx pressed.

The specter of Karl Marx glared so hard his hair stood up and his beard again caught fire.

“IGNORANCE NEVER YET HELPED ANYBODY!” he roared, as Kip cringed and the pony bolted. “Do they not teach the dialectic? Thesis: you need a book; antithesis: that book was stolen. Synthesis: these are connected! Unite these events, you will find your missing book!”

“And are in the wrong place to look. Phoenixes!” Marx furtively peered about. “I will aid you—if only to escape the constant rain of dead flower-spirits bought from that bourgeois corner florist—but the walls of Highgate Cemetery are warded. I cannot pass horizontally—”

“Precisely,” Marx cackled. “Z-minus ten thousand meters: we shall escape underground, using its tunnels to return to the scene of the crime: Plato’s Cave—”

“The Tube has a route to the realm of ideal forms?” Kip asked.

“Yes, but we are not taking the London Underground.” Marx took Kip’s arm. “We must descend to London’s Underworld—you aren’t allergic to three-headed dogs, are you?”