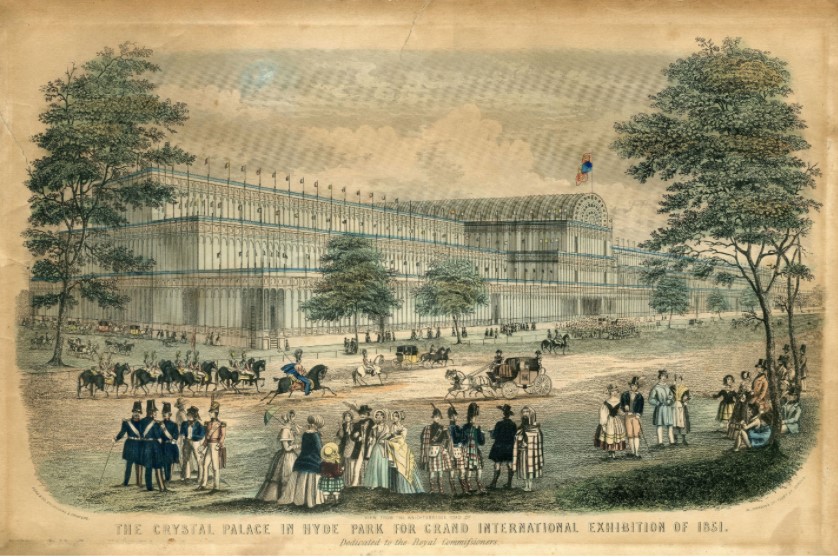 Have you ever passed through the hallways of an event and contemplated how the format for fannish conventions came to be? Conventions of all sorts, like our own Clockwork Alchemy, owe their formula to none other than Prince Albert, husband of Queen Victoria.

It was Albert’s event, The Great Exhibition of 1851, that laid the foundation for all future world’s fairs, and is the ancestor of conventions, museums, and even modern shopping malls!

Prince Albert had a dream.  He wanted to host an amazing event that would surpass anything the world had ever seen. An event to showcase Britain as the world’s industrial and cultural leader. His vision was a comprehensive event of unprecedented scale and scope with exhibitors from across the empire and around the globe.

He turned his dream into reality, planning and organizing “Great Exhibition of the Works of Industry of All Nations” better known as “The Great Exhibition.”

Albert had many goals for this massive undertaking, and he formed a commission to help him achieve his vision of an event to showcase the economic and cultural might of the British Empire. The event would be multifaceted, focusing on these main themes:

By far the largest and most impressive display at the Great Exhibition was its building, the Crystal Palace. Garden designer, Joseph Paxton, crafted a vast, open-plan building made of cast iron and plate glass in the style of a garden conservatory with more than 990,000 square feet of exhibit space. This revolutionary concept in architecture allowed light to flow through the walls so no lights were needed. This building was huge, and the modular construction allowed for the structure to be built in under a year and on budget!

The Crystal Palace housed more than 8,200 exhibitors from whole countries to small companies, London visitors enjoyed looking at all the steam-powered machinery, fine arts and crafts, and the technological marvels of the age.

When visitors were ready to pause and have tea, there were many tea houses located around the exhibition to provide attendees with a place to enjoy flavors from exotic lands. These spaces featured elaborately decorated interiors evoking their country of origin. Turkey, Morocco, and India had some of the most popular tea rooms.

Like today’s themed restaurants, it was like walking into another country. Elaborately decorated and filled with colorful decor, diners would enjoy the costumed staff, listen to traditional music played on exotic instruments, and watch small entertainments of singers, jugglers and balance acts, and of course, dancers.

While the term belly dance wouldn’t be coined until 1893, dancers from the Middle East were there at the Crystal Palace, and have been part of world’s fairs, cultural exhibitions, and even our own favorite modern descendent, the fannish convention, ever since.

If you are interested in finding out more about The Great Exhibition of 1851, I highly recommend this piece on the British Library website:

Dawn Devine ~ Davina is a belly dance historian, author, and instructor who’s been presenting belly dance workshops and presentations at conventions since the 1980s. For more information about her work, visit her website www.davina.us